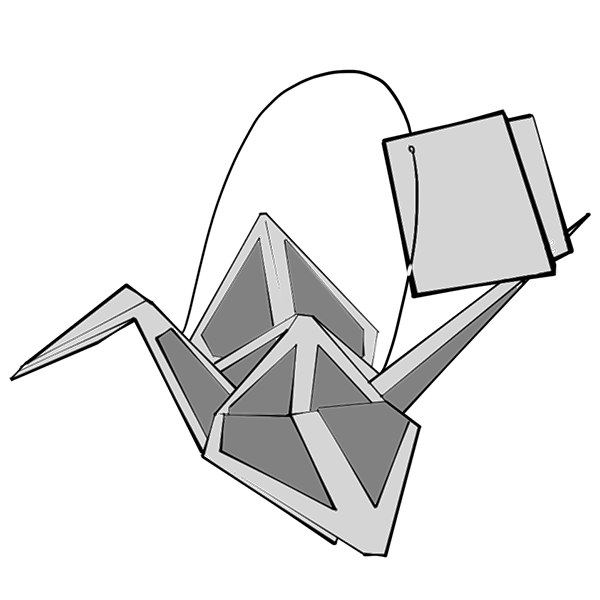 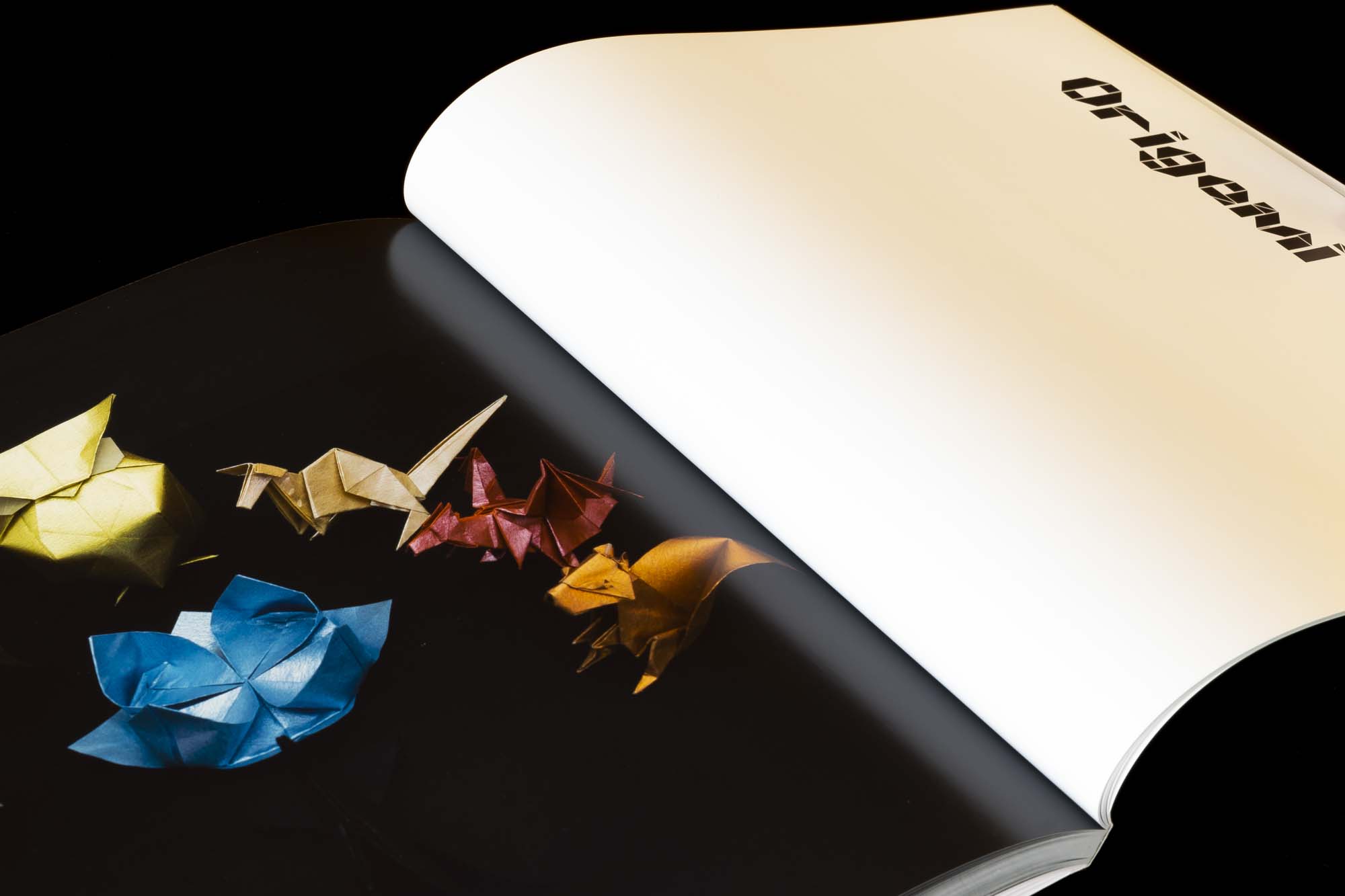 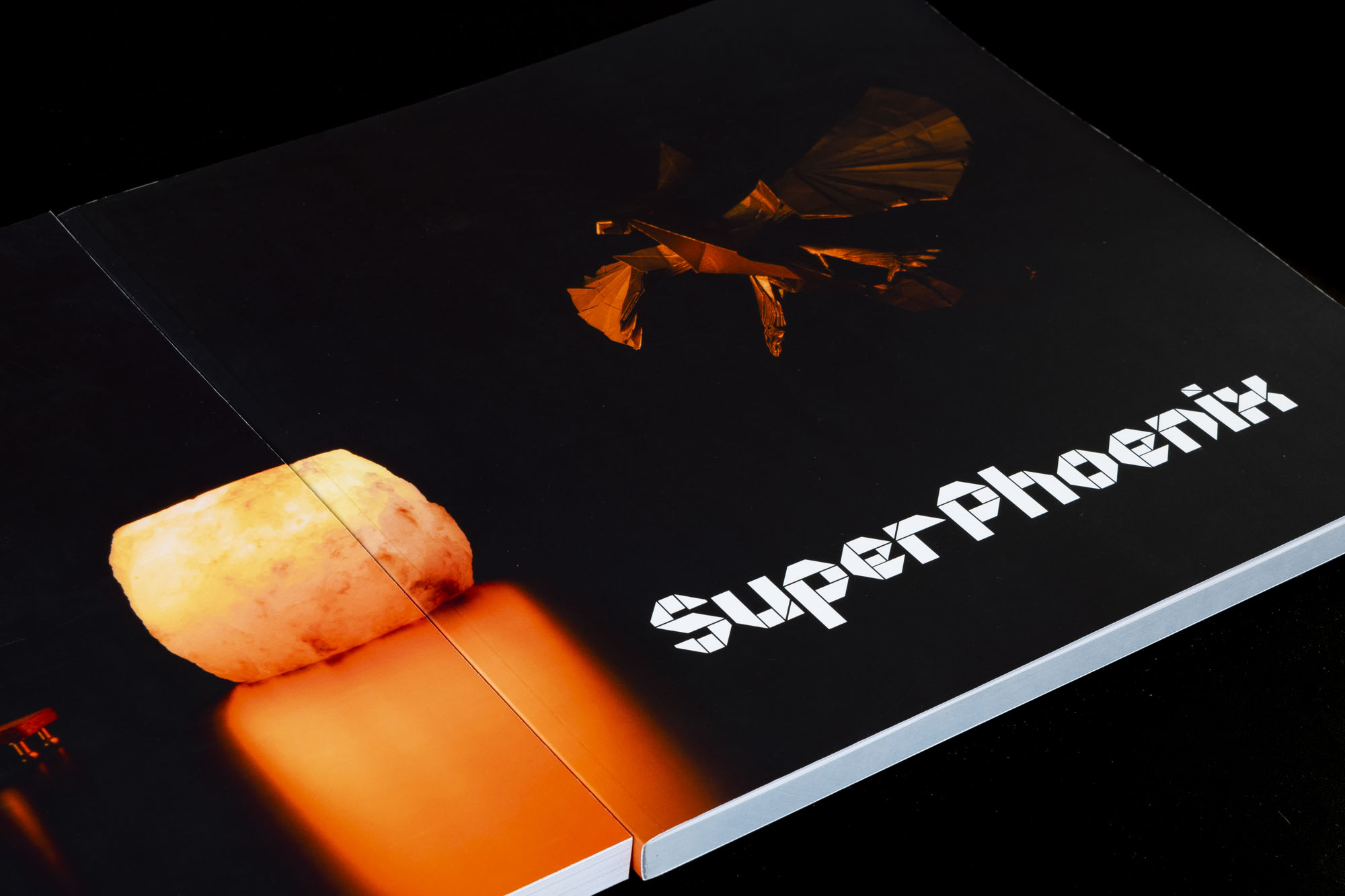 Based on a research on the theme of surfaces, an origami-based stress relief product for work, home and public environments has been created. The product makes use of multiple surfaces to give the user plenty of ways to manipulate it with simple interactions. 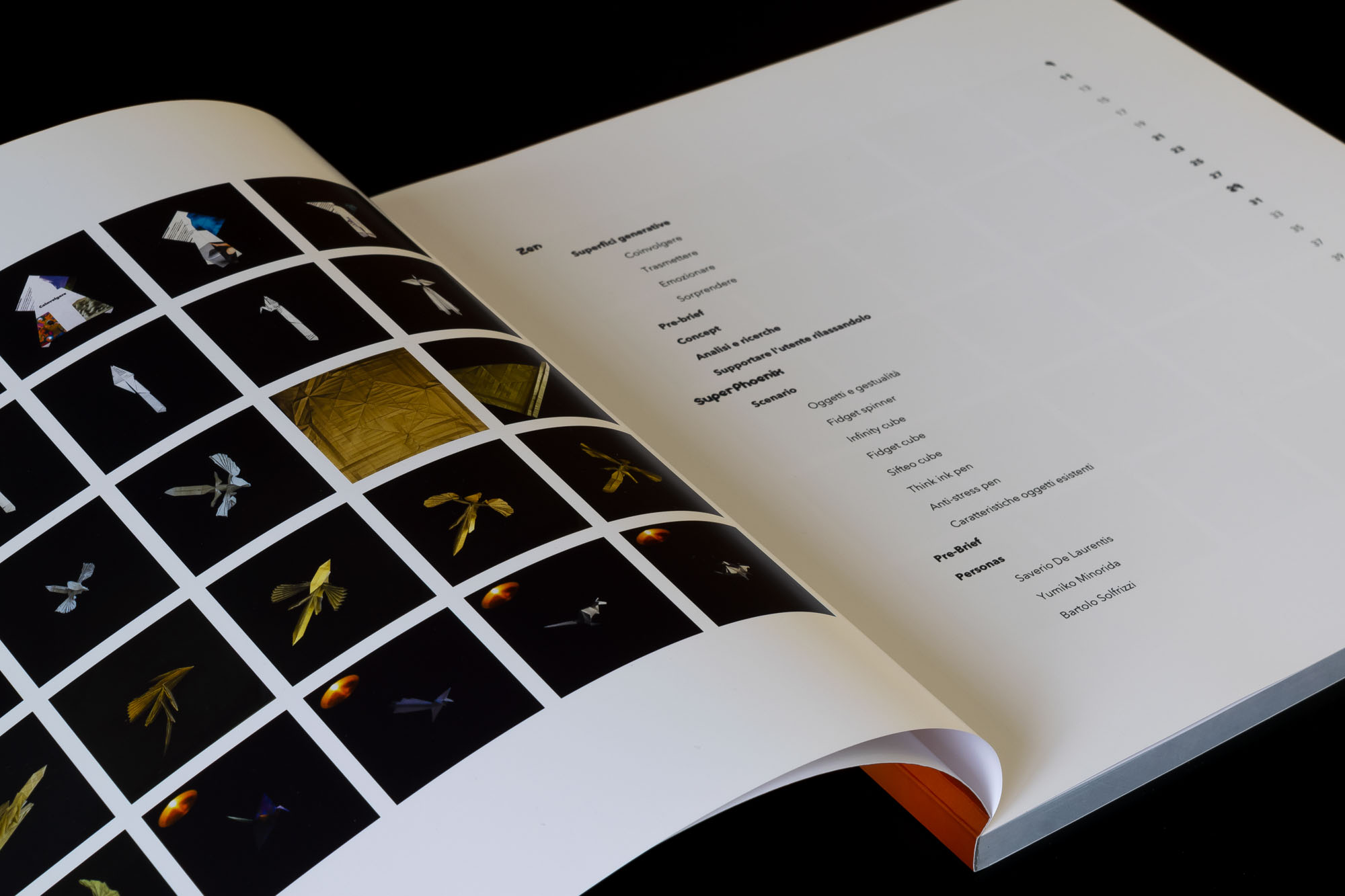 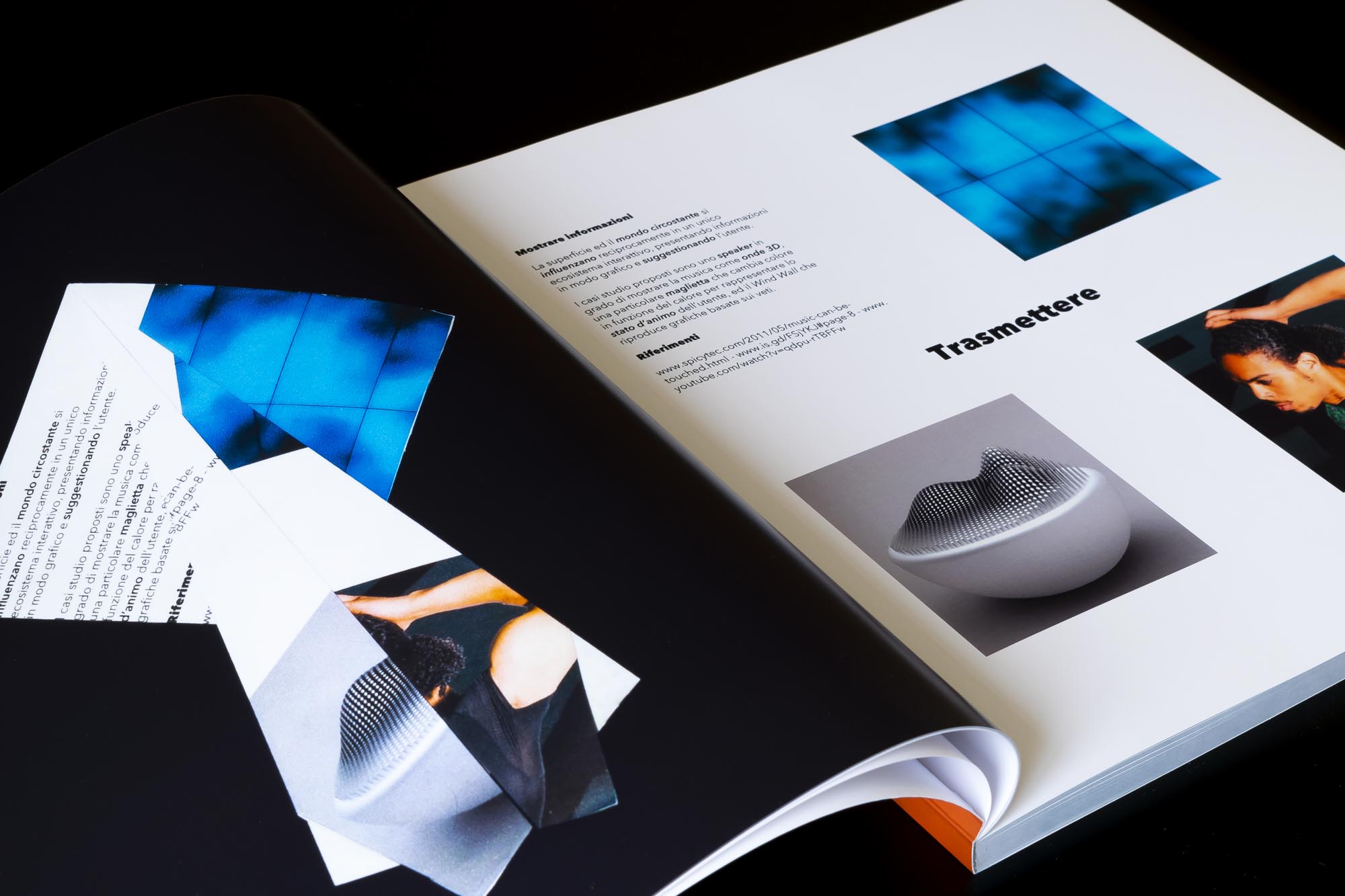 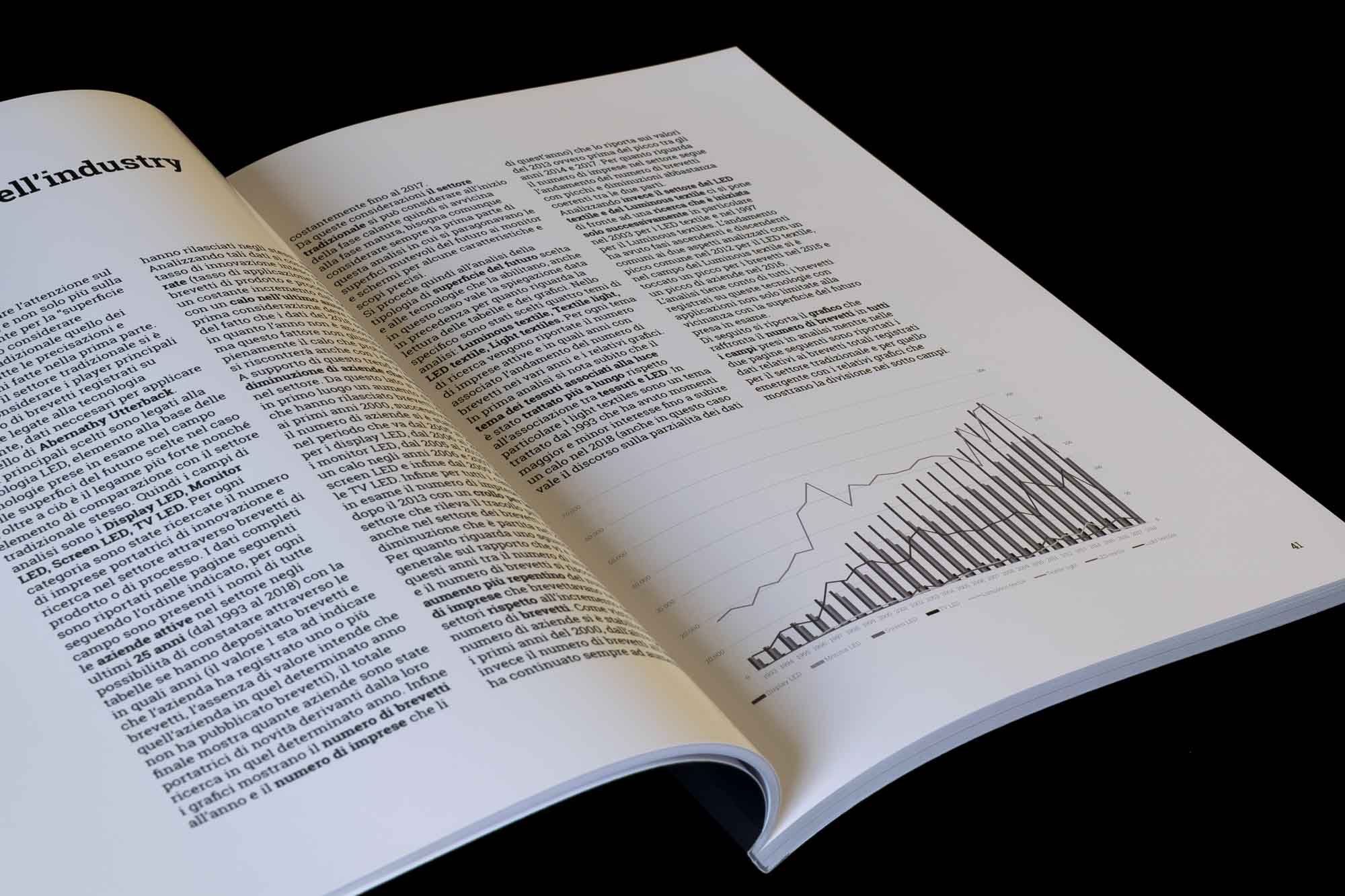 A stress relief product that can be changed into multiple shapes through the concept of origami. It’s designed to relax the user by using materials in a way that naturally guide them through various gestures to change the shape of the product. Tyvek is the main material and it forms the resistant base of the expanded PVC layer. 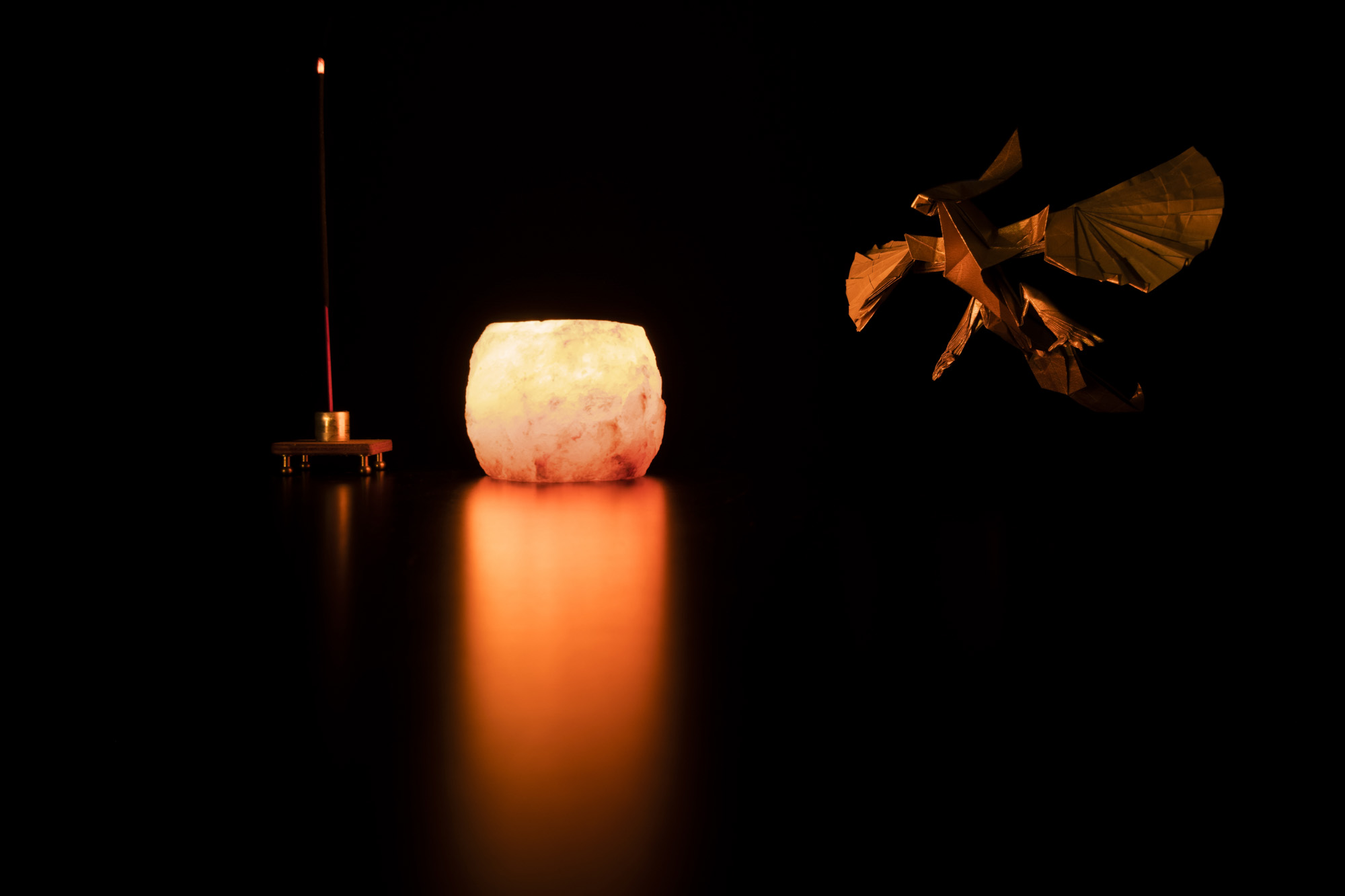 Shape-changing feature
The product can transition from a 2D plane that can be easily carried around to a 3D object which shape can be very unique depending on how users interact with it.

High level of interaction and flexibility
The product gives an infinite number of possibilities to how many shapes can be made. Users can make really simple or complex shapes depending on how they feel and what they are doing. The product has been designed with this dynamism in mind to really unleash the creativity of the user when under stress. 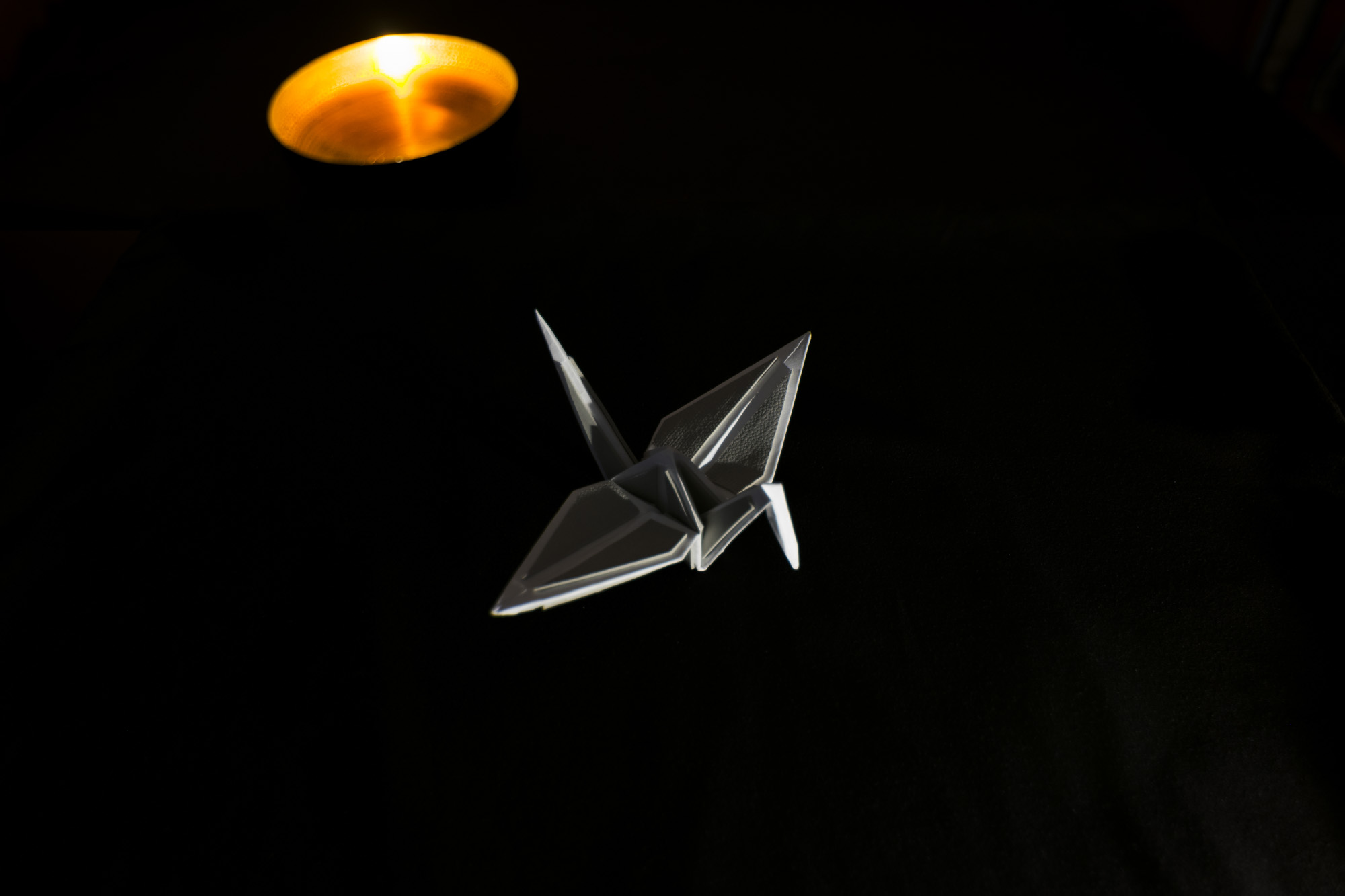 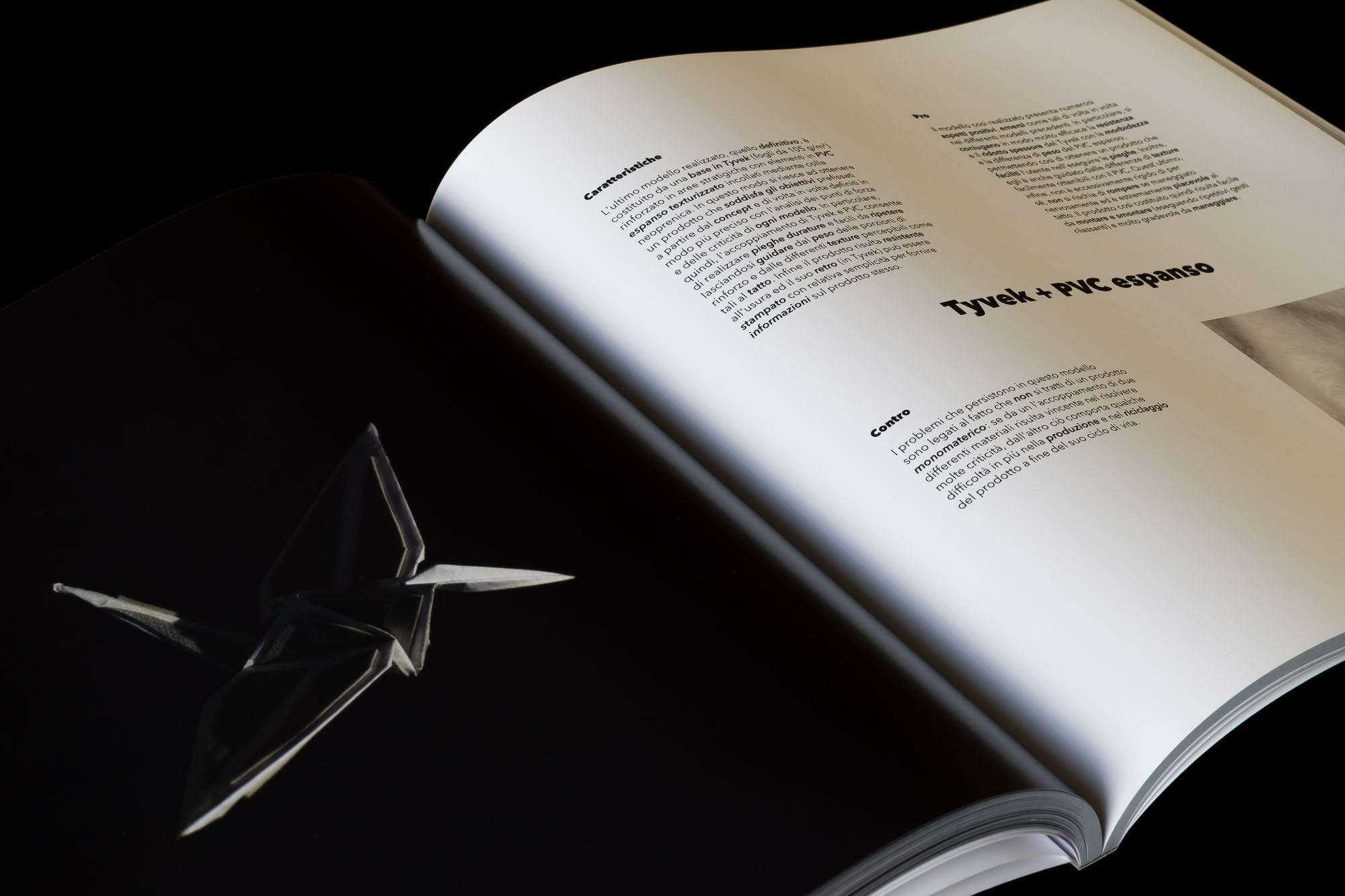 Coordinated image
It is inspired by Eastern Asia cultures and, in particular, by origami, the art at the base of the project.

Naming
The phoenix, symbol of death and rebirth, is combined with the infinite origami folding cycle.

Visual identity
The union of a centuries-old tradition and a push towards modernity, one of the most prominent characteristics of Japanese society, has been taken as the basis for the visual identity. The colors, the fonts, and the style of the photographs are based on this desire to combine modernity (relieving stress of everyday’s life) and the tradition of origami. 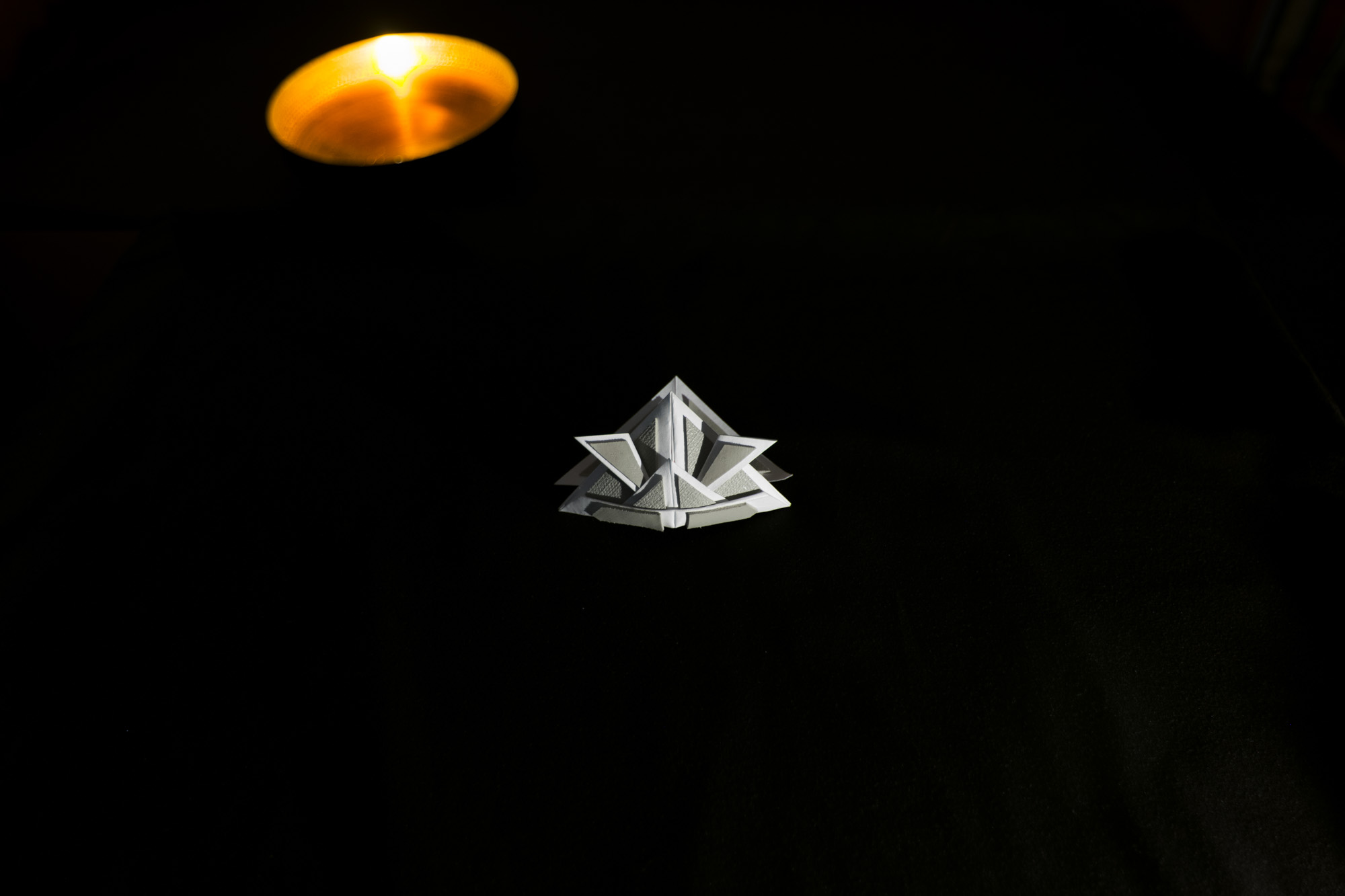 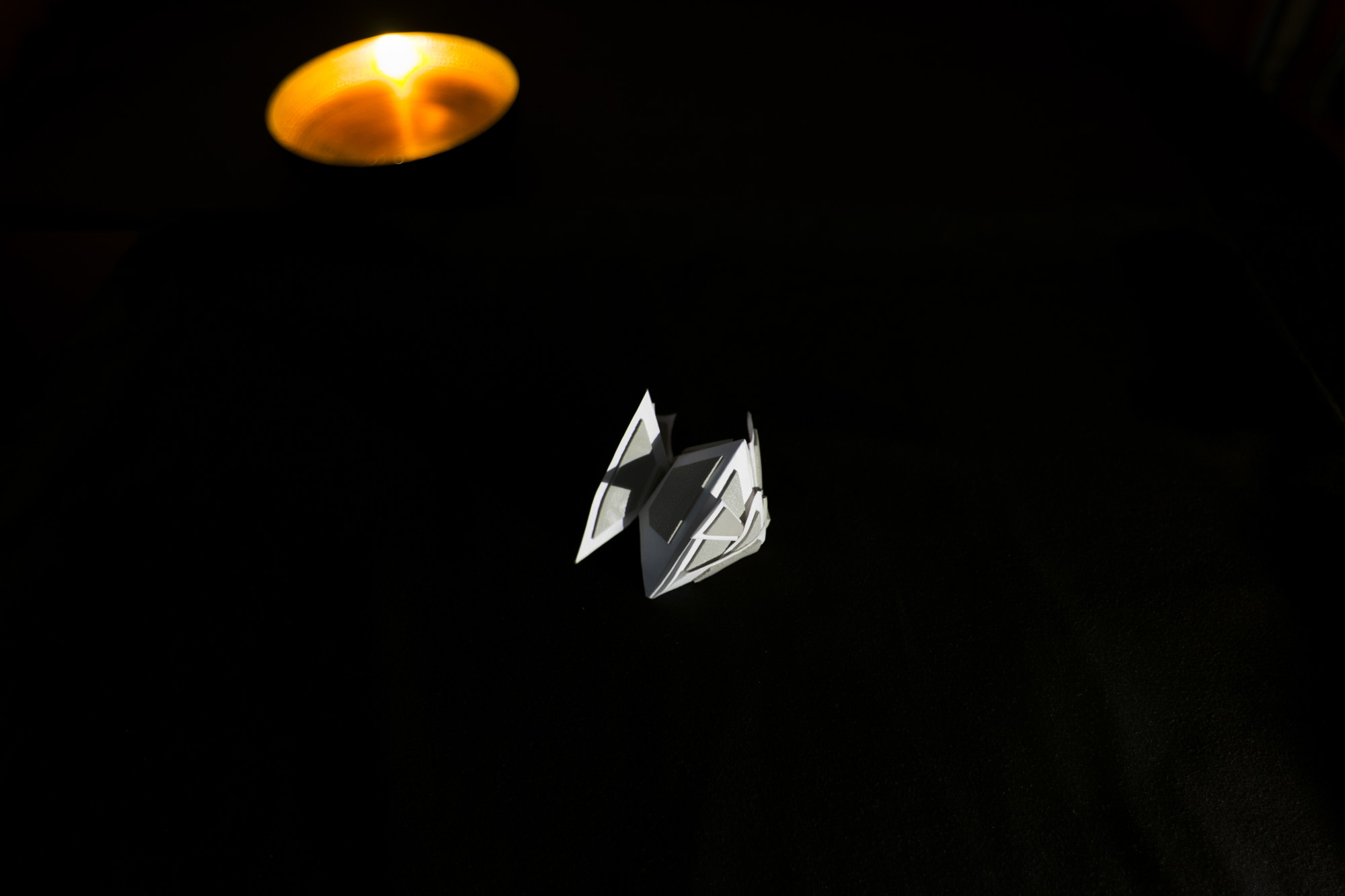 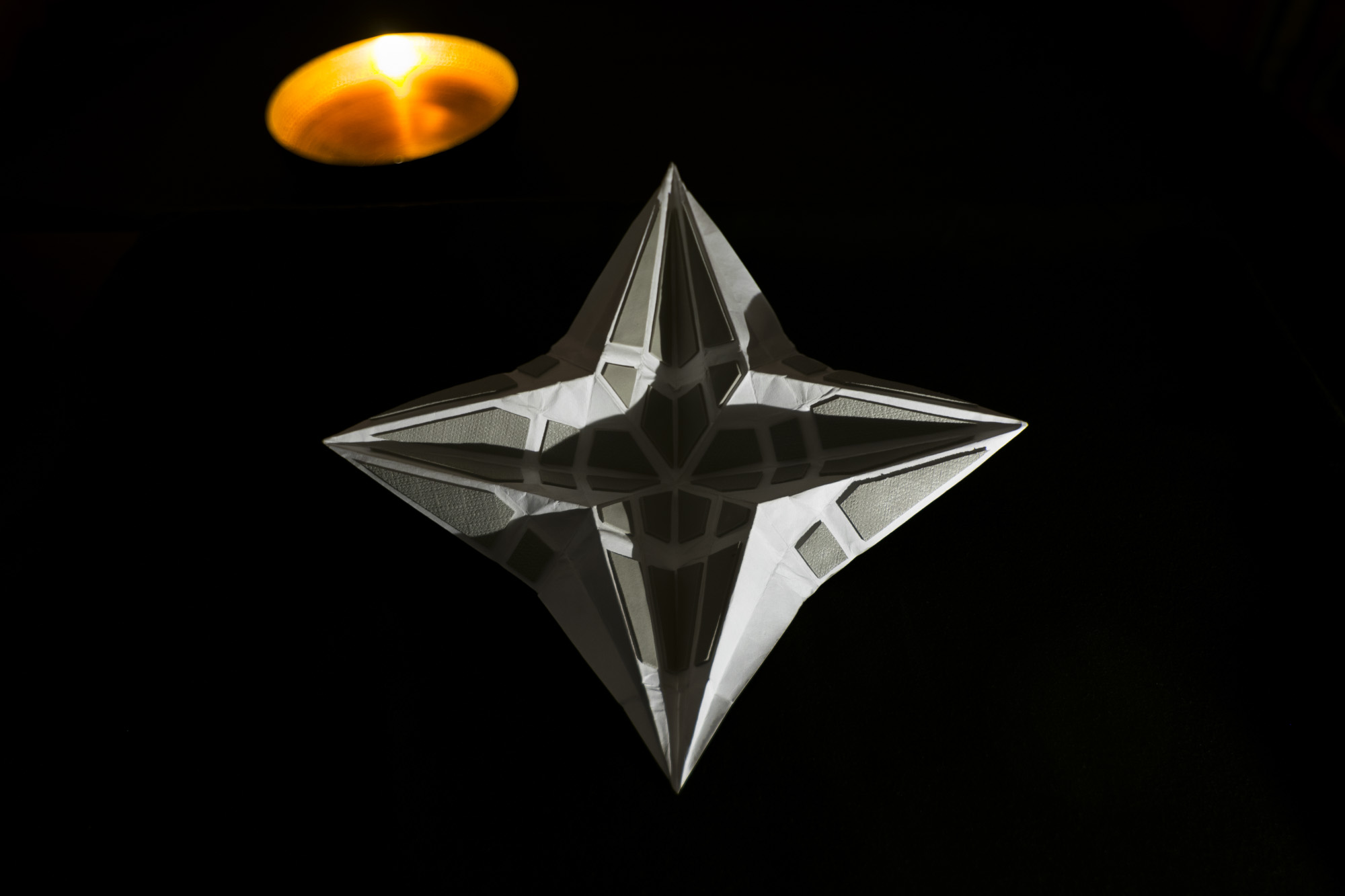 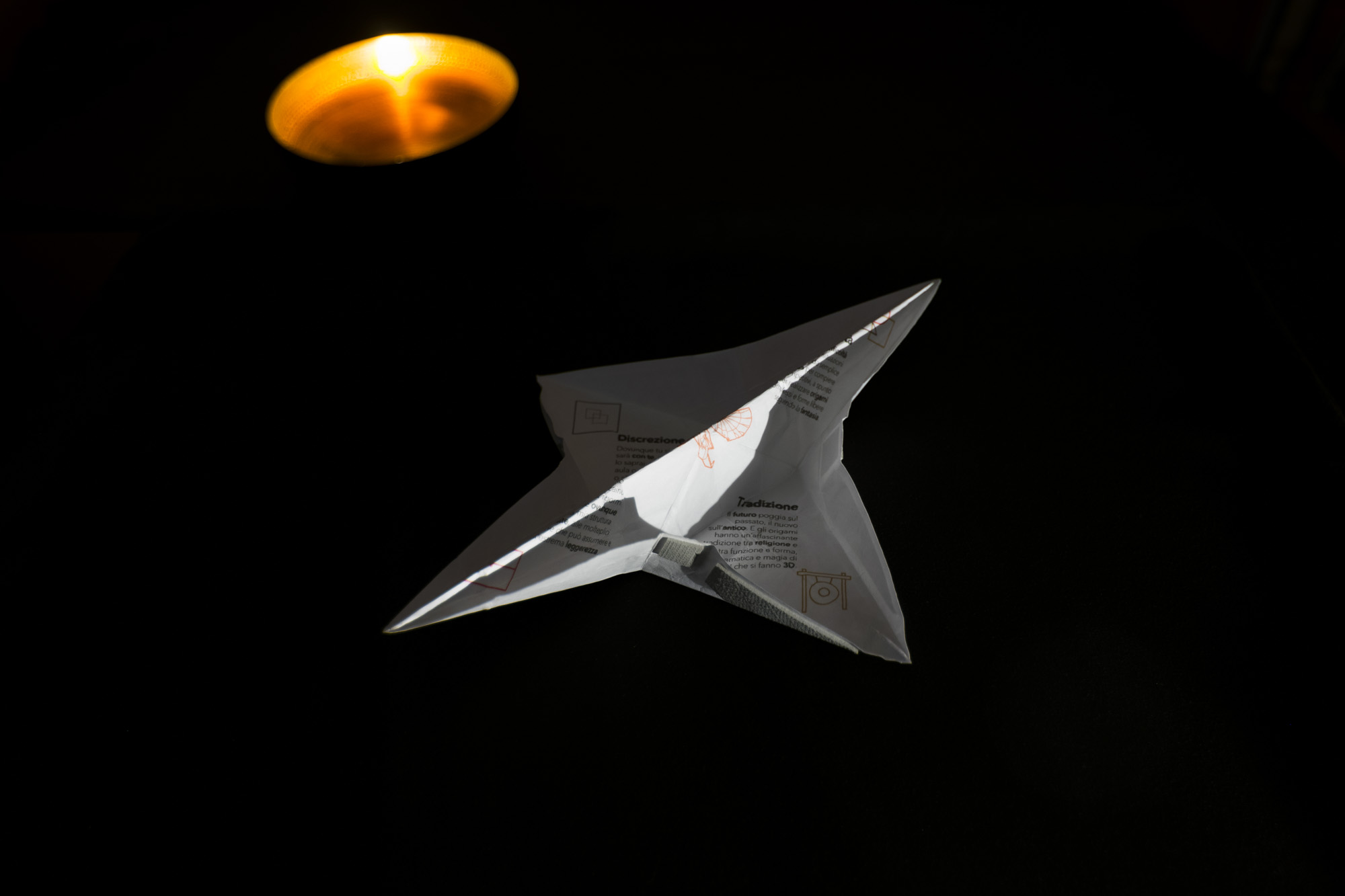 An advertising campaign has been made to promote the product in places which are the most common sources of stress. To potentially make the launch viral, flyers describing the product are going to be placed in the busiest places in the city. These flyers are going to be folded into origami to better fit with the style of the product itself. In parallel to this, the official website will be launched alongside a video released through social networks to directly communicate with users. 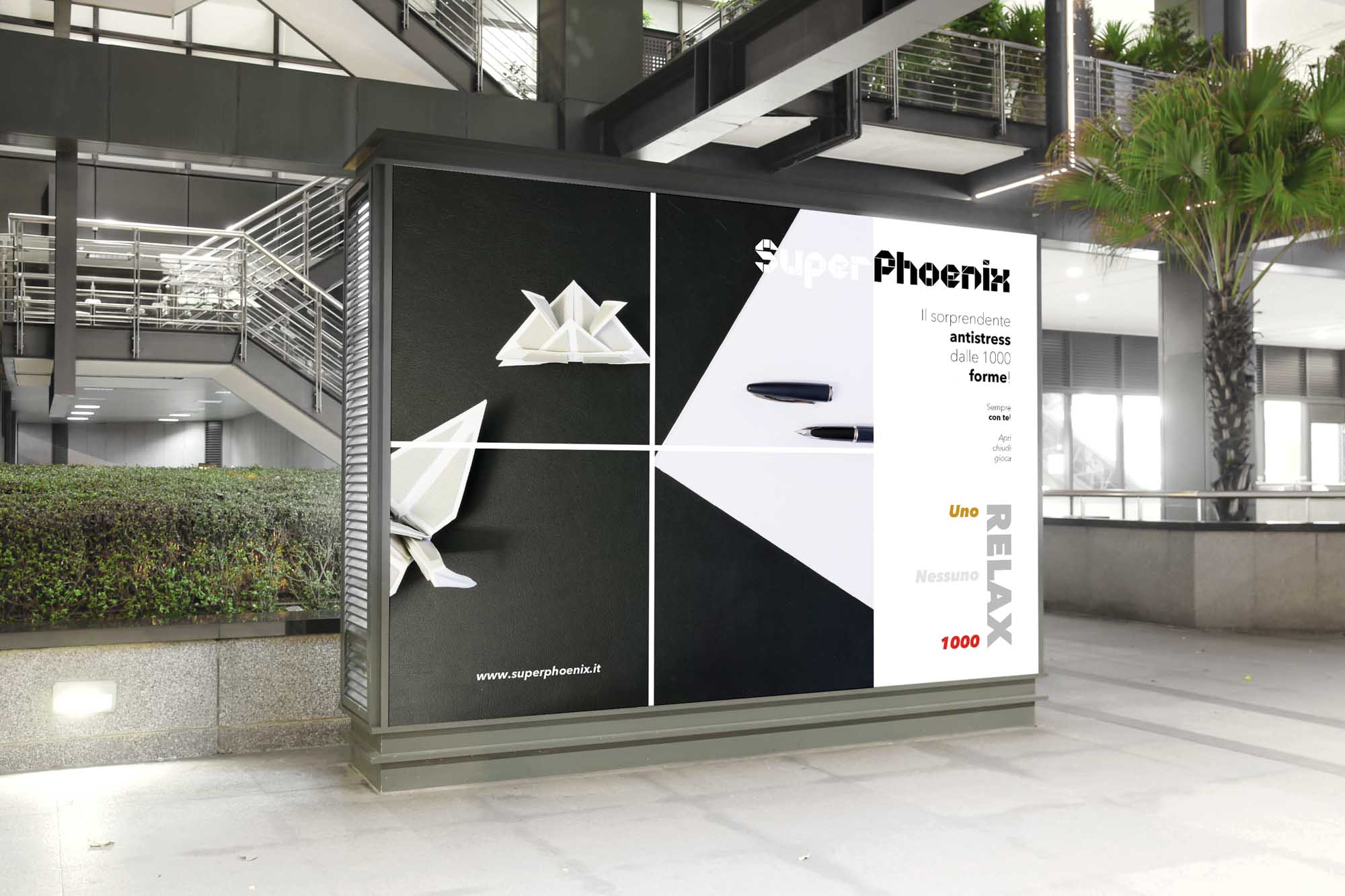 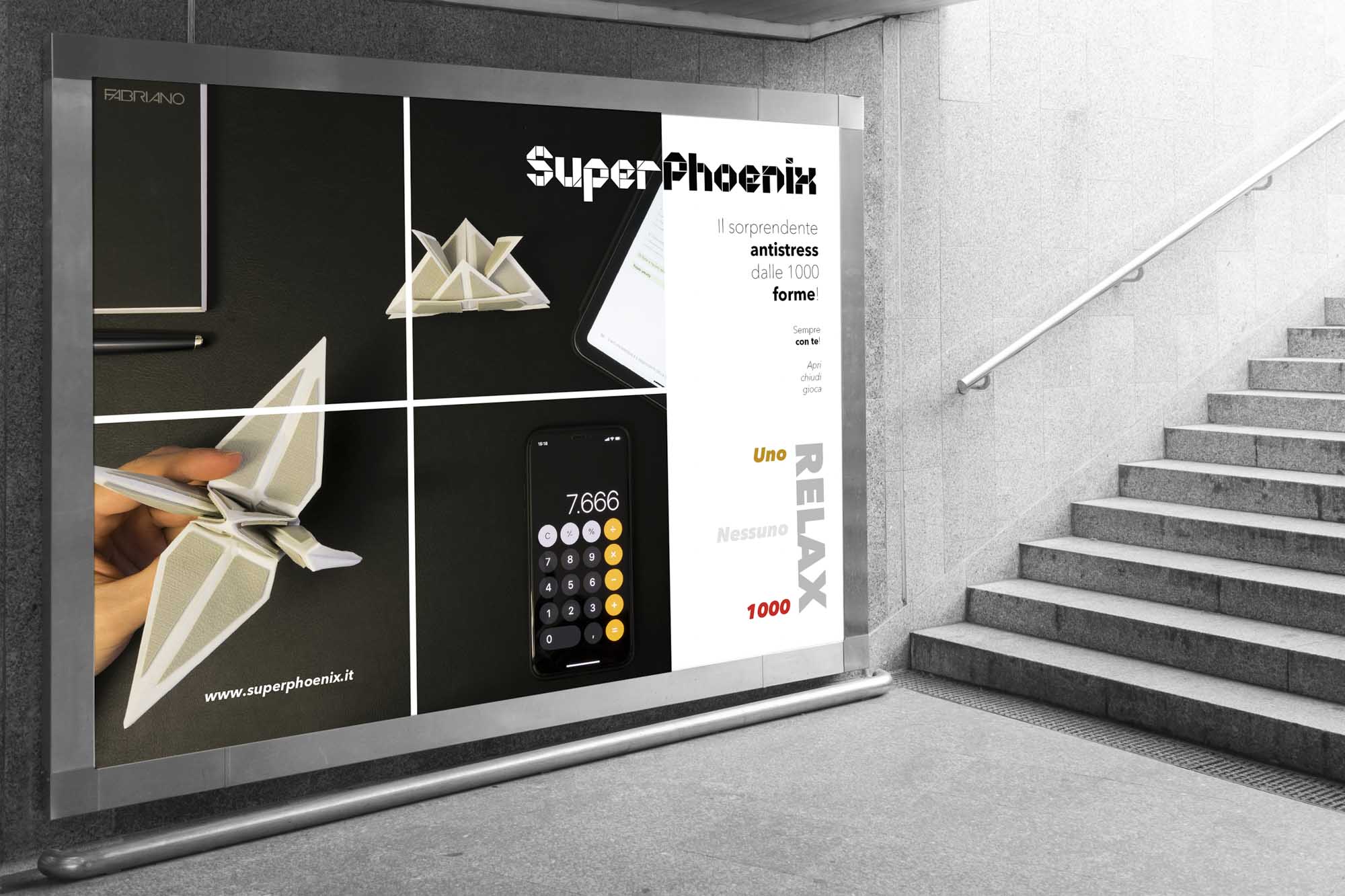